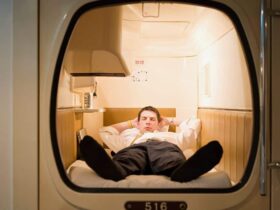 The people of Japan are known for being polite, as they hold manners and etiquette in high regard. While it’s understandable that tourists might not know all the rules in Japan, it’s important to make the effort to learn, especially when it comes to universal manners such as saying please and thank you.

There are many ways to say thank you in the Japanese language, and some words and phrases for saying thank you are saved for specific situations and people.

Learning the different ways to say thank you in Japanese might take some time, but it’s one important aspect of the language to become familiar with.

Manners And Politeness In Japan

Japan takes their manners very seriously, and their language very clearly reflects that. It can be confusing for non-natives to understand why there are so many words and expressions for saying one particular phrase or word.

However, it’s the best way to be able to accurately communicate your sentiment with someone, while also communicating your respect and/or your relationship with someone.

There absolutely is a learning curve to overcome, but for the most part, when you are new to Japan, it’ll be understood that you might make a blunder from time to time.

Stick with the simple phrases until you have more of a grasp on the language. You most likely won’t have someone react negatively to you making a mistake, unless you use offensive language.

Arigatou is one of the ways to say “thank you” in Japanese that you will hear most often. This is considered a casual form of thank you, similar to saying thanks in English.

You will typically say this form of thank you to people you know well, like your friends and family.

When you want to casually say thank you to someone for something very specific, you will say what you are thanking them for at the beginning, followed by arigato.

Domo is another short and casual way to say thank you in Japanese. Because domo is so casual, you will save it for those that you have a good rapport with.

You can also say a quick domo to someone who is of similar standing to you.

Domo arigato is how you say “thank you very much” in Japanese. Obviously, you would use this expression when you want someone to know that you are deeply grateful for what they have done or what they have offered you.

Arigatou gozaimasu is a formal version of the term thank you. Above being formal, it is a symbol of your respect to offer this expression of thank you to someone.

You will usually save this formal thank you for somebody that is an authority figure or in a professional setting.

Arigato gozaimashita is used to thank somebody who has just done something nice or helpful for you. Furthermore, it might also be a manner in which you thank someone for all the help they have offered you in the past.

This is considered to be a polite phrase, so you can use it in a variety of situations.

This is definitely the most casual way of saying thank you in the Japanese language, so you might not hear it often. The way that sankyu is pronounced is quite similar to the English phrase thank you.

You will typically only hear sankyu being said between close friends that have a mutual understanding of respect between them, so they no longer have to keep up appearances with each other.

You might not want to use this phrase to say thank you with people you are not close to.

Sumimasen is a thank you and an apology in one term. It is considered a very humble and polite way of thanking someone.

You are acknowledging that someone has gone out of their way to do you a favor or help you out, and showing them that you appreciate what they have done for you.

This type of politeness might seem odd to some, but it is very customary and appropriate in Japanese culture to express thank you along with an apology for the effort it takes for someone to do something kind for you.

While the gesture might be small, it’s still nice to show appreciation.

You most likely won’t hear someone mutter ookini unless you’re traveling through Kansai in Osaka, Japan. Osaka has a lot of their own terms and phrases for saying certain things that are native to that region.

Ookini is a shorter way of saying ookini arigatou, which is a similar phrase to domo arigato, which means thank you very much.

Otsukaresama means “thank you for your hard work” in Japanese. This word is neither considered formal or informal, so you are able to use this in a variety of situations with a variety of people.

You might say this to someone at the beginning of a conversation to acknowledge their work, or at the end.

It’s a nice thing to say to a co-worker or employee when you are ending the work day, in order to make them smile and let them know you appreciate them.

Osoreirimasu is the most formal thank you that you will hear in Japanese, although you won’t hear it often. It’s typically saved for authority figures, such as a boss or higher ups in the company you work for.

It is essentially a way to say thank you for all the effort they have exerted for you, even if what they have done is minimal.

It’s considered a sign of respect to acknowledge that it takes time and energy to do certain tasks, even if it’s not a lot.

This phrase allows you to say “thank you so much for helping me” to someone in Japanese. It is seen as an expression of indebtedness to someone who has done you a favor or has helped you with a task.

If you want to use this expression in a more formal manner, you can add gozaimasu at the end.

This is also considered to be a very kind way to express your thanks. However, you won’t hear this phrase spoken very much. Instead, it’s a phrase commonly used when writing to someone, such as in a text message or an email.

Azasu would be considered a slang version of thank you in Japanese. This slang term was developed from arigatou gozaimasu, being that it would sound similar to azasu when said very fast.

Being that it’s slang, you’ll most likely hear azasu in very casual settings, or amongst younger Japanese folks.

Chances are, you will be dining out as much as possible when you’re in Japan, being that their cuisine is famous around the world for being delicious.

This phrase roughly translates to “thank you for this meal” in English.

Kochira koso is a common and very kind response to someone who is thanking you for something. It’s essentially a way to say you’re welcome, as well as thanking them for what they have done for you as well.

Sumanai is a slang version of the word sumimasen. Being that it’s slang, you’ll also probably only hear this said between friends or people who know each other very well. It’s very informal so it should not be used otherwise.

Kekko desu is a polite way to tell someone “no thank you” when they are offering you something that you do not want.

You are politely letting them know that you have had enough food, you are not interested in purchasing something, or something similar.

This is also a form of saying “no thank you,” but you will most likely only hear someone say this when you are in Osaka, Japan.

While it’s fun to know this exclusive form of thank you, if you were to say it somewhere outside of Osaka, you might get some strange looks or even some laughs.