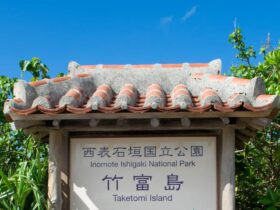 Bamboo is a cherished plant in Japan, and it grows in abundance in some very beautiful forests in and even around the Tokyo Metropolitan area.

Bamboo is typically an integral part of any Japanese garden, and not only is it edible, but it offers many practical uses that Japan has perfected over centuries.

If part of your Japan travels includes visiting Tokyo, you must visit one of the numerous bamboo forests in and around the Tokyo area.

The Importance Of Bamboo For Japan

Bamboo has been assigned multiple important symbolic attributes over centuries in Japan, from prosperity to strength, to purity. Furthermore, bamboo is a symbol of luck in Japanese culture; hence, bamboo forests are considered conduits of good luck.

Bamboo is also one of the main components of a story that has been passed down through multiple generations in Japan.

The story is that of Kaguya-hime, also known as The Princess Kaguya. When a couple stumbles upon Kaguya-hime as she is housed inside of a bamboo stalk, they take her home and take care of her.

While she becomes a beautiful woman who many men want to marry, she rejects all proposals. Instead, she decides she’ll travel back to her home, the moon when she notices a full moon in the sky at night.

Bamboo also grows very well in Japan due to its climate. That’s why there are so many forests and gardens with blossoming bamboo, as can be seen below.

If you don’t believe that a bamboo forest could leave you speechless, Jidayubori Park will absolutely change your mind. The bamboo is lush, green, and massive, and is truly a sight to behold bundled together in a forest-like setting.

Traveling just outside of the bamboo forest, you’ll find a recreation of a small village reminiscent of the Edo era of Japan. Here, you can learn about what life was like in Japan during the Edo period.

You also have the opportunity to get a visual idea of what life was like during that time, including how buildings looked, as well as see old vegetable gardens and workshops.

If you want to immerse yourself even further into the time, you can attend some classes that’ll teach you even more interesting facts surrounding how farming was in Japan’s Edo period.

Furthermore, you’re able to watch some demonstrations of common traditional arts from the Edo period, such as cotton weaving and blacksmith work.

Higashikurumeshi Chikurin Park is the perfect place to venture if you want the opportunity to sit and bask in the beauty of a bamboo forest.

Not only are the trees bountiful and widespread, but there is also a serene spring water stream that adds some auditory ambiance to the park. Picnic tables allow a brief respite off your feet as you take in the sights.

This is one of the newest bamboo forests in Japan, being developed in the 1970s. There are thousands of bamboo trees, but there’s a path you can follow so you don’t get lost in the scenery.

The lovely Roka Koshun-en Park is actually where Roka Tokutomi, a famous Japanese author, used to live. Due to Tokutomi’s contribution to the literary world through such works as “Cuckoo” and “Ramblings of an Earthworm,” the area has been designated as a cultural heritage site to be preserved.

When Tokutomi passed away, the park was gifted to the Japanese government in the hopes that they would help secure its integrity, which the government definitely has.

You can admire some of his handiwork outside of his writing, as he was the one who planted the bamboo that you can see today.

Sprinkled amongst the bamboo in this magnificent park are cherry blossom trees and ginkgo plants to create a harmony of some of Japan’s most famous plants.

Furthermore, you are able to visit Tokutomi’s old home, which has been kept in good condition, as well as a museum that has many of Tokutomi’s works and belongings on display.

The Bamboo Forest, located in Ichihara, Chiba, is worth planning a couple of days around. Being that there are so many sights to see within and around the Bamboo Forest, you might want to consider booking one of the nearby yurts or treehouses.

The yurts are surrounded by very large bamboo trees, making for an intimate escape from the bustle of the big city.

The treehouses are storybook perfection, with minimalist yet modern details that make you feel like you’re staying in a quaint little village.

There is, of course, a scenic bamboo forest. However, you’ll be amazed to learn there’s also a zoo, with giraffes being one of the main attractions.

If you’re so inclined, you’re able to book a breakfast where you get to gaze upon the tall animals while you’re having a relaxing meal.

Rikugien beautifully translates to “garden of the six principles of poetry.” While this might be a confusing name for a garden, you’ll understand once you’re there and witness the unique depictions of poetry through miniature scenes.

In this garden, you’re able to walk through a grove filled with enormous bamboo plants. The groves are protected by fences that surround a bridge so that tourists don’t cause any damage to the precious plant.

In the middle of the garden, there’s a pond where you can take a lookout at all the colorful trees surrounding you.

The garden is a nice combination of natural forestry with bamboo, as well as trees and a pond, but there is also a traditional Japanese garden that you can admire in this area.

There are several walking paths throughout the garden, so be sure to continue exploring when you’re finished in the bamboo forest.

Hokokuji Temple will require you to travel a little bit outside of Tokyo to Kamakura in Kanagawa Prefecture, but the trip is definitely worth it.

This very sacred place in Japan is surrounded by beautiful green bamboo, given that bamboo is said to protect holy places from evil spirits or intentions.

There are thousands of green bamboo stalks that make up this lucky bamboo forest; thus, it’s one of the biggest groves that you’ll find outside of large forests.

You’ll also find the main hall with a sacred statue of Buddha, as well as a bell tower unlike any you’ve seen before.

After you’ve made your way past the bamboo, you’ll see the Hokokuji Temple. Before you leave, you’ll want to stop for a cup of tea and a rest at the nearby tea house.

The Suzume-no Oyado Ryokuchi Park is an intimate little oasis that isn’t large but makes up for size in beauty.

The bamboo garden in this park has been standing for around 200 years. While it’s one of the more modern bamboo forests, it is one that many locals and tourists alike deeply admire.

One of the other cool features of this park is a traditional Japanese home that has been refurbished, which you are able to explore from the inside.

It has been restored to replicate an older Japanese home as closely as possible. This park got its name from the suzume bird, which can sometimes be found flying through the area.

Tips For Being A Respectful Bamboo Forest Tourist

One of the most important things to remember when visiting any bamboo forest is that you respect the significance of bamboo to the Japanese. As much, you don’t want to do anything that would tarnish the bamboo. These sacred places are open to the public to enjoy, not to harm.

While it might be tempting to want to grab a piece of bamboo to preserve and take home with you, you are causing harm to this precious bamboo, some of which has been in its place for many, many years.

Sadly, people have tried to memorialize their trips to bamboo forests by carving their names into a bamboo stalk. This can be both disrespectful and offensive, given how sacred bamboo is to Japan.

You should stick to any path that has been set throughout the groves of bamboo. Most of these forests will have clearly defined paths that are easy to see, with barriers to prevent people from touching the bamboo.