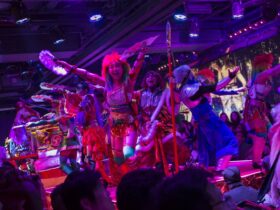 Japan is often regarded for its impeccable etiquette and personal manners, as they’ve honed in on some important social practices throughout the centuries. One such practice that Japan is known for is called honne and tatemae.

When most people in Japan are in public, they have a mindset and a communication style known as tatemae. It implies you don’t say what you’re thinking explicitly, but instead focus on how others might feel or react to your true opinion. Honne is a term used to describe one’s actual sentiments and ideas, which are only shared with one’s family or close personal friends.

Honne and tatemae is a concept that many in Japan use in everyday life that allows them to engage in work, social interactions, and more in the most appropriate manner.

What Does Honne Represent?

A person’s honne is representative of their genuine feelings and emotions. The honne is not influenced by what is generally accepted in society as correct or appropriate.

Therefore, a person does not typically show their honne unless they are around people they trust.

What Does Tatemae Represent?

A person’s tatemae represents their behaviors, reactions, and emotions that they tend to display when they are in public or are around other people. Your tatemae is generally constructed by what is accepted by society.

What Do Honne And Tatemae Mean Together?

A person’s honne and tatemae can potentially conflict with one another, as they may not be the same. It may cause a struggle within a person to know when it’s okay to show their honne, and when it’s more appropriate to show their tatemae.

There is a similar concept in Chinese culture called inside face and outside face. This could be where the term two-faced could have originated, although being two-faced is seen as a negative trait.

However, honne and tatemae are not meant to be seen as disingenuous.

Why Is Honne And Tatemae So Important In Japan?

One’s public perception is held in high regard by Japanese people. They tend to govern their behavior in such a way as to not bring shame upon themselves or their families.

It is also important in Japanese culture to use tact when in social situations, being sure to keep composure and act polite at all times.

It is also important for them to avoid conflict or disagreements, especially in public. Therefore, a Japanese person who follows this practice will not say or do anything that could cause another person to react negatively towards them.

They want to avoid doing anything that will cause someone else to be aggressive or perceive that they are acting in an aggressive manner.

While the terms honne and tatemae don’t have direct English translations, the closest terms that can be used to describe this in English would be private mind and public mind.

This isn’t necessarily a concept unique to Japan; it’s more so a practice that is more discussed in Japanese culture. As we get older, we understand the need to be conscious of our behavior.

While some people enjoy confrontation, most people know that it’s not always conducive to positive outcomes.

Conflicts Between The Current Japanese Generation And Honne-Tatemae

It’s unclear when the concept of honne and tatemae originated in Japan, but it isn’t a modern concept. Previous generations would follow this practice without much conflict.

It seems that the current Japanese generation struggles a little bit more with following honne-tatemae.

The cause could be tied to increased social pressure to be more independent and lliberal in thought and action than previous generations were allowed to be.

This has caused new social phenomena in Japanese culture as younger generations try to avoid breaking the rules of social conformity.

One such phenomenon is known as hikikomori. This is a type of withdrawal from society and from social interaction.

People who fall into hikikomori are trying to avoid any disagreements that could occur during social activities or any uncomfortable situations. Hikikomori is more extreme than what would be described as social anxiety. It’s more similar to a hermit lifestyle or self-isolation from the outside world.

Another phenomenon potentially born out of the pressure of honne-tatemae is parasite singles. This is a term coined to describe young adults in their 20s or 30s continuing to live with their parents.

This young adult is usually single. It can be considered a derogatory term used to shame women who are of age and still not married. The Japanese term for this is parasaito shinguru.

Criticisms Of Honne And Tatemae

Some are critical of this Japanese practice, considering it to cause undue pressure for people. It is also criticized as encouraging people to act fake and not express their true emotions or feelings.

Rather, in Japanese culture, it is not meant to trigger people, but to inspire harmony for everyone in all situations.

Perhaps it is misunderstood for those who haven’t been raised to abide by honne and tatemae practices.

It’s less about being disingenuous and having to deny your feelings and more about knowing in which situations it’s appropriate to be open about your emotions.

However, when it comes to societal norms, often they can be open to interpretation. The concept of honne and tatemae may be understood as different things to different people.

Is Tatemae Lying Or Just Being Polite?

Some critics of the concept of tatemae consider practicing tatemae to be a form of lying. This is because, in some scenarios, the act of tatemae may lead to someone having to omit the truth, or even telling a white lie.

Tatemae is not meant to be as harmful as lying can be. It is more so meant to put your most polite foot forward. Unfortunately, regardless of intentions, some people might still interpret some instances of tatemae as being untruthful.

For example, consider an instance in which you receive a gift from someone. The gift ends up being something you don’t particularly care for.

If you were to tell the person that you don’t like the gift, it would end up upsetting them. This would be you being honne; expressing your true feelings.

Instead, you may feel more comfortable accepting the gift and saying thank you. This would be the tatemae way to act. While you may not get much use out of the gift, you can appreciate the fact that this person took the time to think about you, and spent money on something to try and make you happy.

Lying, in this scenario, would be over-exaggerating how much you love the gift, even when you don’t like it.

You would be lying by acting more animated about your love of the gift. In this scenario, looking at the different potential reactions you could have, you can clearly see the difference between tatemae and lying.

How To Practice Honne And Tatemae As A Foreigner

If you are visiting Japan, it’s important to be aware of honne and tatemae, as well as other social etiquette practices held dear to Japanese people, especially in social situations.

No matter where you end up going in Japan, you’ll be interacting with all sorts of people during your travels.

If you are the type of person to overindulge when speaking with people you don’t know very well, you should consider trying to reign this in when you’re interacting with Japanese people.

Similarly, if you tend to be very blunt and outspoken, you might want to think before you speak to a Japanese person.

This is not about being fake, but more so about respecting the people of Japan and their cultural norms. You might notice that if you don’t follow honne and tatemae, those who you interact with in Japan may be wary of any future interactions with you.

They will most likely just avoid you rather than confront you about your behavior.

A Deeper Look At Honne And Tatemae