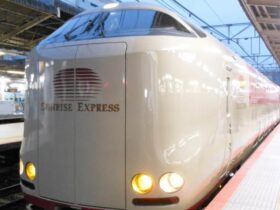 Japanese theatre is much beloved in Ginza and in many areas of Tokyo and beyond. Kabuki is somewhat of a mystery to foreigners.

Kabuki is a type of Japanese traditional theater characterized by extravagant costumes and energetic performance. In political discourse, the terms kabuki theater, kabuki dance, and kabuki play are frequently used to denote an event that is more about spectacle than content.

Kabuki (歌舞伎) is a classical form of Japanese theater. Its history can trace back to the very early Edo Period at the beginning of 17th century. In 2005, kabuki was inscribed as a UNESCO Intangible Cultural Heritage.

When written in kanji, the word ‘kabuki’ is a combination of 3 different characters are “sing” (歌), “dance” (舞), and “skill” (伎). Therefore, we can say that Kabuki is “the art of singing and dancing”.

Also, the word “kabuki” came from the verb kabuku, meaning “to lean” or “to be out of the ordinary”, because back in Edo period, this form of theater was regarded as “bizarre” and “avant-garde”.

The expression “Kabukimono” (歌舞伎者 -literally meaning ‘Kabuki person’) referred originally to those who were bizarrely dressed, often gangs of samurai.

Kabuki is known for its highly stylized performances, and the glamorous costumes and make-up of its performers. One of the unique techniques of kabuki is the mie (見得), in which the actor holds a picturesque pose to establish his character.

At this moment, his yago (屋号), house name is shouted aloud by the audience to express and enhance the appreciation of the actor’s achievement.

Every kabuki actor has a stage name, which is most often passed down from the actor’s father, grandfather, between generations of actors’ lineages, and holds great honor and importance. The new possessor of each name must live up to embody the spirit, style, or skill of the actor who previously held that name.

Many actors will go through at least three names over the course of their careers. When a kabuki actor succeeds to a respected stage name, a grand ceremony of name succession is held in kabuki theater in front of the audience.

Today, Kabuki costumes are made based on records of clothing in woodblock prints and paintings, called Ukiyo-e, produced during the Edo period. The kimono the actors wear are typically made with vibrant colors and multiple layers.

Another feature of costumes is the katsura or the wig. Each actor has a different wig made for every role, and each wig is usually styled in a traditional manner.

Kabuki makeup is quite characteristic and easily recognized even by those unfamiliar with the art form. Rice powder is used for the white base, and then the stage makeup, called kumadori, enhances and exaggerates facial lines to produce supernatural masks.

The color of the kumadori is an expression of the character’s nature. For example, red lines are for positive traits like passion or heroism and blue or black for negative traits like villainy or jealousy.

One of the specialties of the kabuki stage is a walkway called hanamichi which extends into the audience and allows dramatic entrances and exits to be made. Hanamichi is used not only as a walkway but also as important scenes are played there.

The curtain that shields the stage before the performance and during the breaks is traditionally in vertical stripes of black, red, and green.

At the beginning of its history, kabuki was acted by a troupe of female dancers playing both men and women in comic plays about ordinary life.

It didn’t take long to become popular mainly among common people. The appeal of kabuki spread widely and it happened that a diverse crowd of different social classes gathered to watch performances, which was unusual in the feudal society of the Edo period.

Kabuki theaters then became a place to both see and be seen in terms of fashion and style as the audience, especially for wealthy merchants in the city of Edo. However, the growing popularity was unfavorable to the ruling shogunate.

Most plots are based on major historical events or other well-known stories. Many shows were set in the context of the Genpei War of the 1180s, the Nanboku-chō Wars of the 1330s because during the Edo period, strict censorship laws prohibited the representation of contemporary events which would possibly criticize the shogunate.

However, these historical settings were sometimes used as metaphors for contemporary affairs.

In Kabuki, what is performed is often only part of an entire story, so to enhance the enjoyment, it would be good to read a little about the story before attending the show. Many of the most famous plays were written in the mid-Edo period.

One of the most famous kabuki playwrights, Chikamatsu Monzaemon,  produced several influential works during this time, including his most significant work, Sonezaki Shinjū (The Love Suicides at Sonezaki).

One of the most famous kabuki theaters is Kabuki-za located in the Ginza area in Tokyo. The original theater was a wooden structure, built in 1889. The building was once destroyed by fire and then reconstructed by using Western building materials to be fireproof, yet to carry traditional Japanese architectural styles.

However, it was destroyed once again by bombing during World War II. In 1950, the building was restored preserving the former style and was until recently one of Tokyo’s most dramatic and traditional buildings.

The 1950 structure was demolished in 2010 to rebuild to improve the ability to survive earthquakes and also the universal accessibility to welcome foreign tourists.

If you planning on seeing a Kabuki play in Japan then check out (kabukiwebs) official website for locations and times across Japan.