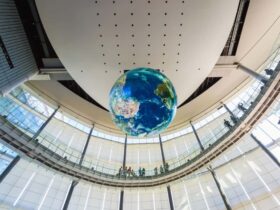 Japanese vegetables, which are often underestimated, are just as essential to Japanese gastronomic culture as fish. Root vegetables, leafy greens, and a variety of other vegetables flourish in Japanese cuisine.

Not just in salads and side dishes, but also in soups, main meals, and even desserts, vegetables play a significant role in homes, restaurants, and cafes across Japan.

Quality and freshness of ingredients are highly valued in Traditional dishes. This is particularly true with vegetables, which are an important part of Japanese cuisine.

Except for a few indigenous vegetables, the majority of vegetables used in Japanese cuisine today were imported from the Asian mainland. Later waves of new vegetables arrived in Japan as a result of early interaction with European trade.

Renkon, a lotus plant’s swollen subterranean stem, thrives in marshy areas. Renkon is sometimes translated into English as “lotus,” which translates to “eight.” The renkon, as its name suggests, usually contains eight or nine openings that carry water up to the surface.

The lotus plant is best known for its flowers, the crispiness and exquisite flavor of its roots are valued in Japan.
It has a solid texture and is high in nutrients, making it perfect for tempura or stir-fry.

Bamboo shoots, also known as takenoko in Japanese, are a popular vegetable in Japanese cooking. The delicate shoots have a nutty, somewhat sweet flavor and may be cooked in a variety of ways.

Fresh takenoko has a sweet flavor, it may be commonly eaten as takenoko sashimi. If the bamboo shoots are not completely fresh, they must be cooked to eliminate the bitter flavor.

In Japanese cooking, shiso is often utilized. For various uses, red, green, and multi-color variants are employed.
Akajiso is the Japanese name for red shiso. It’s used to give umeboshi (pickled plums) their crimson hue. When soaked in umezu, a vinegary brine produced by fermentation of pickling plums.

It may also be used to produce sushi when mixed with umezu. It’s used to create a delicious, crimson juice throughout the summer. Red shiso and its seeds are often used to produce shibazuke, a fermented eggplant dish popular in Kyoto.

Daikon roots are used to make a variety of pickles in Japan, include takuan and bettarazuke. Daikon roots can be eaten fresh, in salads, or as tsuma sashimi, prepared by katsura-muki, or katsura peeling. Grated daikon (daikon-oroshi) is often used as a garnish, typically mixed into dipping sauces like ponzu, a soy sauce, and a citrus flavor.

Momiji-oroshi, roughly translates to “autumn-leaf-red grated daikon,” is daikon minced with chili pepper. Slow-cooked meals, such as oden, are also popular. kiriboshi-daikon “cut-dried daikon” is daikon that has been shredded and dried (a popular technique of food preservation in Japan).

Raw daikon radish sprouts are used for salads or as a sashimi garnish. Daikon leaves are commonly consumed as a vegetable. Because they are thorny when fresh, pickling and stir-frying are typical ways to soften them.

It’s a must-have ingredient that comes in a variety of forms, including sliced, diced, chopped, and grated. In certain Japanese recipes, ginger is utilized to mask harsh fishy or meaty smells. Although ginger is one of the major flavors of washoku, Japanese food does not typically use many herbs or seasonings.

Burdock root, or gobo, is a popular Japanese vegetable. It is tough and resembles a tree root when raw, but when cooked, it softens and produces a mild yet unique flavor. Gobo may be used in a variety of meals, including Nimono (boiled and flavored vegetables), Miso Soup, salads, and many more recipes.

Tofu Stir-Fry, Miso-Glazed Burdock with Red Lettuces, Baked Vegetables, and Fall Vegetable Stew, and Mint Pesto are a few dishes that you can include burdock root into. Simply pour boiling water over a fresh or dried root and steep for five to ten minutes to produce your own tea.

Satoimo, sometimes known as taro roots, is a starchy root crop used in Japanese cuisine. With home-cooked meals and traditional Japanese cuisine, they are frequently simmered in dashi and soy sauce. Satoimo is a smaller kind of taro with a spherical shape and fuzzy brown skin.

Taro is peeled and chopped into pieces, then cooked for 15-20 minutes until soft, much like a potato. After parboiling, roast the taro. In a 400°F oven, roast for 10 minutes. Taro that has been roasted has a light, dry, mouthfeel, and a sweet taste.

Napa cabbage is used to make suan cai, or Chinese sauerkraut, in Northeastern Chinese cuisine. This evolved into kimchi in Korea.  Chinese cabbage is now widely available in Japanese markets and across the world, catering to both the Chinese and northern consumers who value its cold tolerance in gardens.

Hakusai, or Chinese cabbage, is a staple of Japanese winter comfort food. Hakusai may be found in nearly every winter culinary dish, from steaming nabe (hot pots) to gyoza (dumpling) fillings to belly-warming soups.

Kabocha has a deliciously sweet taste that surpasses butternut squash. It has the texture and flavor of a pumpkin mixed sweet potato blended together. Some varieties of kabocha have a flavor similar to Russet potatoes. Even though the skin is edible, some Japanese chefs prefer to peel it before preparation.

Kabocha is often used in side dishes and soups, as well as as a potato or squash replacement. After halving the squash, scraping out the seeds, and cutting into wedges, it may be roasted.

It may be cooked in the oven with a little frying oil and spices. Kabocha halves can also be put in a pressure cooker and cooked for 15–20 minutes under high pressure. Kabocha may be baked whole and uncut in a convection oven until the entire squash, including the rind, becomes soft and edible, except for the seeds.

A kind of leafy vegetable Brassica rapa, the plant species that produces turnips, mizuna, napa cabbage, and rapini, is a variation. In Japan, it is grown commercially.

Komatsuna has a crisp texture and a fresh, sweet flavor. It may be eaten raw, pickled, stir-fried, boiled, used fresh in salads, or added to soups. Because it can keep firm after being cooked, it’s a popular ingredient in soups.

Mountain yams are known as nagaimo. It has a long body, light skin, and hairy roots. Unlike other varieties of yams, they may be eaten uncooked.

Tororo is the name for grated nagaimo, and it’s incredibly slimy and sticky. Tororo is poured over rice and served with soy sauce and a raw egg. Tororo Gohan is the name of this dish. Tororo Soba is made by serving Tororo on soba noodles.

Tororo is often combined with other foods like Japanese dashi, wasabi, and green onions, with the amount of each component adjusted to one’s preference. Tororo is a Japanese side dish that is often served with noodles.

Bitter melon is usually eaten cooked while it is still green or early fading. Bitter melon immature shoots and leaves can also be consumed as greens. The fruit is bitter when raw, but it may be soaked in cold water and then drained to eliminate part of the bitterness.

More popular in Okinawa rather than in mainland Japan. A popular dish from the islands is Goya Chanpuru commonly known as bitter melon and egg stir fry.

Negi is also known as Naga, Negi, or Long Onion. Allium fistulosum is known in Japan as Shiro Negi or Tokyo Negi (Welsh onion). It has a higher quantity of white stem and is longer and thicker.

The white portion has a strong onion flavor, although it gets sweeter when cooked. Many braised and simmered meals, as well as nabemono (hot pot) foods, employ this component. The green portion is utilized as an aromatic, similar to how scallions or green onions are used in western cuisine.

Wasabi is generally sold in Japan as a rhizome or stem that must be finely shredded before use, as a dried powder, or as a ready-to-use paste in tubes.

A rhizome, a stem, or the “rhizome plus the base section of the stem” are all terms used to describe the component utilized for wasabi paste.

The paste is created when the customer orders it in some Japanese restaurants, using a grater to shred the stem; once prepared, the paste loses taste after 15 minutes if left uncovered. Chefs typically place wasabi in between fish and the rice in sushi making because covering wasabi until it is served retains its taste.

Satsumaimo is the Japanese word for sweet potato. The sweet potatoes have a purple-ish or reddish exterior and creamy white meat that becomes yellow after cooking. They are usually rounder with tapered ends and range in size from small to medium.

Japanese cucumbers are tall and slim, with thin skin and a melon-like taste. They’re frequently pickled and used for their cooling effect in spicy dishes. Sushi, sashimi, and bento dishes frequently contain it.

Numerous fried and stewed foods, such as Japanese curry, different domburi (meals placed over a bowl of rice), and Japanese hot pot, use this component (nabe). Onions can also be used in miso soup or grilled with meat in teppanyaki recipes.

Boiling, steaming, or microwaving the pods are all options. Before boiling or steaming, the pod’s ends are occasionally chopped off. For flavor, the most popular preparations include salt, which is either dissolved in boiling water before adding the soybean pods or added after they’ve been cooked.

Edamame is a popular side dish at Japanese izakaya restaurants, with seasonal variations being in high demand.

Edamame is usually served with salt and garlic as a condiment. On beans eaten straight from the pod in Japan, a coarse salt moistened with brine is often added.

Ota Market, sometimes known as Ota Ichiba, is one of Tokyo’s twelve wholesale marketplaces. Tsukiji Fish Market is well-known, even if simply as “the Tokyo seafood market,” but Ota Market is almost 100,000 square meters larger and has a flower area in addition to fruit, vegetable, and fish sectors.