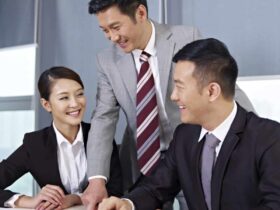 The great thing about visiting Osaka and the amazing nightlife and its massive varieties of foods is that your only a short train ride from Kyoto (26miles) and a chance to visit the Historic district of Kyoto.

Upon our last culinary adventure to Osaka, we made plans to visit Kyoto and see one of the living mysteries that it holds. Kyoto among a few other spots in Japan are known as home to the Geisha or Geiko.

There are three well-known cities in Japan to see Geisha (Geiko) Tokyo, Kanazawa, and Kyoto. Most visitors consider Kyoto to be the best area to attend a Geisha performance. The five Geisha districts in Kyoto are Kamishichiken, Gion Kobu, Ponto-Cho, Miyagawa-Cho, and Gion Higashi.

Kyoto the heart of Geisha life

I assumed there must be places where Geisha work and live and train in the city of Kyoto. We learned about the Hanamachi upon our arrival in Kyoto.

In total, a Hanamachi is an area within the city that refers to an area or district where the Geisha work as well as reside. Each district will have its own name and geisha working in those Hanamachi’s do not work in neighboring ones. Each Hanamachi contain Okiya (geisha performance houses).

Pro travelers tip: If you happen to see a Geisha, Geiko, or Maiko walking thru one of the districts don’t assume it’s a great chance for a photo op. taking a photo of Geisha on the main streets can result in a large fine. (up to $160 USD)

Recently large groups of tourists have swarmed the Geisha as they attempted to make their way thru their own neighborhoods.

Generally, because they are en route to their work, and spending hours each week taking photos with tourists, had become overwhelming.

Many are unsure of what to expect during a performance, but there is a multitude of skills and abilities to experience.

Geisha or Geiko (Kyoto Dialect) Perform for guests during special occasions. Performances can include dance, Shamisen playing (3 stringed instruments), and a traditional tea ceremony. Geisha are also skilled conversationalists and have trained many hours to entertain their guests.

For those who are not just wanting to catch a glimpse of a Geisha or Geiko walking thru the ancient streets of Kyoto and want to know will a performance fit into my travel budget?

As a general rule, a Geisha performance can average 50,000 Yen or roughly $400-$500 for a two-hour performance that can include singing, dancing, traditional Japanese games, and playing the Shamisen. Some Geisha houses will also serve a meal which has an additional cost of 10,000 to 30,000 Yen.

As you can see the performance of Geisha can be quite expensive and I recommend having a group to split the cost. Some houses may charge a per person fee and this needs to be confirmed before your arrival.

Sometimes travel services and agencies can book deals at a better rate than you will get for yourself just setting it up directly.

So in learning about the mysterious world of the Geisha, I found that there are younger apprentices that have subtle differences from the fully trained Geisha.

There are distinct differences between a Geisha and Maiko. Geisha are over 20 and Maiko (apprentices) are 16-20 years of age. The Geisha is a master of traditional Japanese arts, while a Maiko is still in training. Kimonos will be of different colors and styles as well. Makeup will have subtle differences.

If you study the Geisha and Maiko closely you can spot many of these subtle differences.

In the photo below you can see the decorations clearly indicate that these are Maiko in training.

Since Maiko start their training at a very young age I wondered what was the age at which they retire?

As a general rule Geisha will retire upon getting married. However, there are a few geisha that practice their art beyond the age of 80 and in very rare cases can continue in their profession until the end of their life. On average most Geisha do retire in their mid-twenties.

There is much more to being a Geisha than just a hostess who can sing and play the Shamisen. Maiko will train for four years at a vocational school called Nyokoba, and diligently learn to master all the traditional Japanese arts and skills.

Mastering conversation is an art as well. Each Geisha is well trained on being well versed on various topics and is skilled at making their guest feel comfortable and relaxed.

Transitioning from Maiko to Geisha

Maiko work incredibly hard to achieve the level of Geisha, many decide it is just too rigorous and want a life outside of becoming a Geisha.

In total, after intense training and education of the arts and abilities of the Geisha, the owner of her Geisha house will decide if she is ready to move on to the level of being an actual Geisha. She will need to perform masterfully the Kurokami dance and show her skills at all she has learned.

Geisha once performed by candlelight long before electricity. The need to stand out and show one’s beauty required that the Geisha paint their faces, lips, and eyes to easily be seen in dimly lit rooms late into the night.

The area on the back of the neck is often left unpainted. This is considered to be a sensuous part of female anatomy and a very attractive part of a woman’s appearance by Japanese men of past ages.

Master of their craft

Geisha become a master of playing the Shamisen a three-stringed instrument that originated in Okinawa and is named the Sanshin there. It was brought to Okinawa from China and then found its way to the mainland of Japan.

Interesting facts about Geisha and Maiko

The Geisha is a true professional artist who has to spend years mastering their craft. Their knowledge of traditional Japanese arts is truly accomplished by extreme dedication and is difficult to master.

I highly recommend spending a day or two in Kyoto and a few hours seeing the Geisha and Maiko perform. The highest levels of Geisha are found there and although an evening performance can be rather expensive, it’s a true once-in-a-lifetime experience.